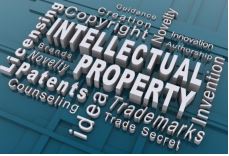 Zaxcom Seeks Review of Factoring Product Praise in Patent Trial
https://news.bloomberglaw.com/ip-law/zaxcom-seeks-review-of-factoring-product-praise-in-patent-trial
IP Law News
Zaxcom Seeks Review of Factoring Product Praise in Patent Trial
By Ian Lopez
May 27, 2020, 5:24 PM
-PTAB invalidates audio equipment maker’s patent claims
-Company says its Oscar, Emmy awards should have mattered
Audio equipment maker Zaxcom is appealing a patent office tribunal’s invalidation of its patent claims, arguing that awards for its technology should have been considered more heavily.
The Patent Trial and Appeal Board in November invalidated claims in Zaxcom’s 9,336,307 patent because the tribunal deemed them obvious in light of prior art. The Patent and Trademark Office tribunal allowed Zaxcom to amend the patent and introduce new claims.
Patent owners sometimes argue that secondary considerations like industry praise mean that their invention wasn’t too obvious to deserve a patent. But for courts and the PTAB to give secondary considerations substantial weight, there must be a “nexus,” or connection, between such evidence and the patent claims.
Zaxcom said its technology won an Emmy award and a technical Oscar award.
“If awards such as these cannot inoculate a claimed invention against hindsight conclusions of obviousness, then industry praise effectively gets written out of the law as potential objective indicia of nonobviousness,” Zaxcom argued in its brief, filed Tuesday at the U.S. Court of Appeals for the Federal Circuit.
The PTAB said in November it wasn’t persuaded that there was a nexus between Zaxcom’s Emmy and its claimed invention.
Zaxcom said that the board miscronstrued the language of its patent. “If there was ever a strong case of industry praise, this is it,” it said.
A Federal Circuit reversal could have “a fairly significant impact” on patent validity trials, Doug Wilson, a patent attorney at Armond Wilson LLP, said.
“If the Federal Circuit agrees with the appellant and overrules the PTAB here, it will certainly broaden the scope of secondary indicia evidence,” Wilson said, rendering secondary considerations “a more powerful argument for sure.”
“You will see it come up more frequently if the Federal Circuit reverses here,” he added.
Lectrosonics, which challenged Zaxcom’s patent in question at the PTAB, has challenged other Zaxcom patents at the tribunal. The PTAB has designated precedential in April its decision on another dispute involving the companies.
Zaxcom said it plans to appeal that decision, too.
Zaxcom, Inc. v. Lectrosonics, Inc., Fed. Cir., No. 20-01350, 5/26/20
To contact the reporter on this story: Ian Lopez in Washington at [email protected]
To contact the editor responsible for this story: Keith Perine at [email protected]
© 2020 The Bureau of National Affairs, Inc. All Rights Reserved